EXEGESIS OF THE SURAH:

Truly an educative surah which highlights how Insaan [social mind] is connected or cling to relationships, or to be more precise man cannot exist without relationships, a vital key to the developmental process. One of the derivative of عَلَقٍ is تَعلُّق which means relationship or being in contact. Man is a social animal. Expression of thoughts is very important for the progressive development of the personality or the character and also about maintenance of relationships.

There are some individuals who dictate others and curb them from expressing their thoughts. The subjugation of thoughts leads to a low self-image and breeds lack of confidence. The beloved author instructs us to speak out our mind even if the person opposite you is a powerful dictator. The key to evolution or progress is to speak out (IQRA) what is inside your mind, as man is a product of his own thoughts which are settled in his mind. Speak out what you feel is right or hints passed on to you by your consciousness [Rabb]. Your message is for ‘You’ and you are guided by your mind. So don’t let another person control your mind. You know what is best for you, pay attention to the signals ‘You’ receive. Don’t go by the signals/signs passed on to you by another person, analyze yourself.

What you desire to seek, you eventually achieve; is the tendency of the productive mind. Our desire is like a pen that urges us to write our destiny. In the context of the book Quran the Qalam does not mean ink pen or fountain pen but those budding desires that write, edit, cut our adaptability towards the
script of life.

There are some arrogant people who are themselves misguided and they prevent or suppress others from expressing their thoughts. Such dictatorial people prevent you from developing and evolving your inherent qualities. When one presents his point of understanding they don’t listen to him, on the contrary they reject him and do not care whether he is on the right or wrong path. These people with a dominating nature are driven by false notions and gradually these wrong notions lords over them and the result is wrong actions or injustice towards their fellow beings. The thinking capacity of the subdued person tends to get over-shadowed, thus leading to a low morale or low confidence as a result looses decision making qualities and always lives in a state of insecurity and fear. So it is recommended to stay away from such arrogant people, and never accept their diktat nor go near them as it will hinder you from evolving or progressing towards peace, tranquility, happiness and prosperity - The backbone of Islam.

Express with understanding your mind / consciousness, those who chose to evolve

Allazi = Those chose to, adhere to, who

He evolved the humane mind through relationships

Express by means of your mind / consciousness the Most Productive

Rabbuka = Your Mind, your Consciousness

The One Who has taught with intense desire

Al-lazi = Those who, The one - masculine singular relative pronoun

Qalam = ظفر – Clip, edit, cut, sought or desire, destiny is written with the pen of intense desire to succeed - genitive masculine noun (To think Rabb teaching man with pen or any other physical instrument is ridiculous or blasphemy in “Islamic terminology”) - مُتأَقلِم - accustomed to, adaptable, adjustable, acclimatize

He (mind) has taught humane mind what he knew not

Allama = He has taught

Because he considers himself independent

Surely towards your Consciousness is the return

Al-Rajaun = The return, going back to former state

Have you seen those who suppress?

Araayta = Have you seen / observe

A subdued person / server when he communicates

Have you seen if he is on the right path / guidance?

Kana = He is ever

Or he enjoins the diligence

Have you seen if he falsifies and commands authority?

Tawalli = Commanded, authority over it – و ل ى is the root word

Does not he realize that the System of consciousness forecasts / predicts?

A process without power of fallacious wrongful actions

Nasiyat = Process of castration, diminishing of vigor or power

So let him seek his inner calling

Sandao = We will call, seek

Nay do not accept him and agree and go near

1.     Express with understanding your Mind / Consciousness who evolved you

3.     Express with your mind -The Highly Productive

4.     The One Who has taught with intense desire

5.     He taught sensible mind what he knew not

7.     Because he considers himself independent

8.     Surely to your conscious is your coming back

9.   Have you seen those who subjugate?

10.   A subdued man when he communicates?

13.   Have you seen that he rejects and dictates?

14.  Does not he realize that the system of consciousness can predict (the outcome)?

15.  If he does not amend we will calumniate him without power

17.  So let him consult his inner callings

18.   We will compel him to take decisions on weak judgment

Never suppress your thoughts. The key to evolution or progress are thoughts or desires. Desire is like a pen (Qalam) that shapes one’s destiny. What we chose to think, we become. Before expressing, understand your Mind because Mind or Rabb is the Creator of your world and your environment.

Poor self-image is the result of continuous accumulation of criticism that a person carries over a period of time. This leads to shattering of his self confidence which crumbles his life.

Individuals that exhibit low self-esteem are vulnerable to develop psychological disorders. The subdued ones are subject to continuous mental abuse and they are the victims of high-handedness from their master. Thus it is recommended to leave such an environment of hopelessness and despair which degrades you. 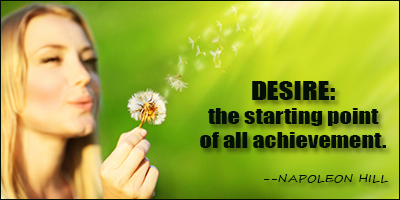 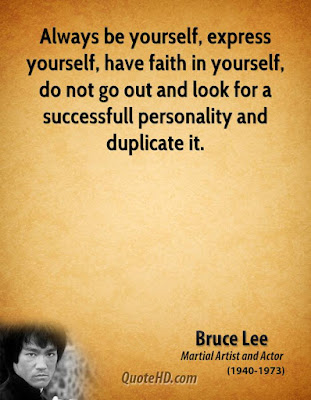