WHAT IS THE MEANING OF QULU / “EAT” in the context of the book Quran?

According to the traditional translation this verse is saying “O Mankind كُلُوا    EAT WHAT IS LAWFUL AND GOOD and DO NOT FOLLOW SATAN. Indeed he for you an open enemy.

2: 169 - Only he commands you to (do) the evil and the shameful and that you say about Allah what not you know. – Standard translation

Pay attention to the word إِنَّمَا / ONLY, it means the satan is ONLY ordering us to be evil, shameful and say about Allah what you don’t know – Here the satan is not commanding us to EAT haram / unlawful food.

How can “saying about Allah what you don’t know” be the opposite of eating كُلُوا ?

Does this mean those who eat pork, lizards, snakes, insects or other types of food not permitted by “Islamic scholars” or eat not properly slaughtered meat and drink alcohol follow the footsteps of Satan?

Akil is a Arabic name of a boy اكيل which also means intelligent, thoughtful, it does not only mean to eat or devour but it also mean to consume, enrich, nourish in the context of the book. Don’t confuse the word اكيل with the word عَقِيْل – Mikaeel مِيكَالَ is also a derivative of word كُلُوا - Mikaeel provides food or nourishment for thought, body and soul. Michael is mentioned explicitly in Bible’s chapter of Revelation 12:7-12, where he does battle with Satan and casts him out of heaven. 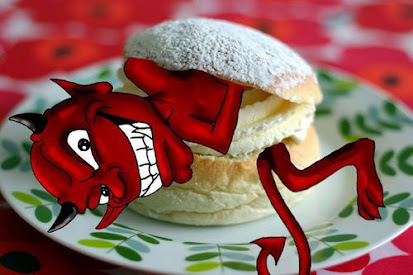 The word Muslim مُسْلِمًا is a qualifying noun / adjective, active participle (form iv). The term muslim has a very deep connotation. It is not like a degree that has to be qualified or complete a course like a doctor, lawyer, engineer or a chartered accountant the list is endless. The qualification of a muslim needs no degree or certificate or 40 days or years of religious course. The fact is neither one can be a muslim by virtue of taking birth in a "muslim family" nor by blindly following some Imams or scholars. You have to earn the title by continuously struggling against our own psyche or soul. To be sound and peaceful or remain a Muslim in any situation is not easy except for the humble and patient. Being a Muslim is not even about worshipping a single god or believing in many gods. It’s all about how we manage our thought process while peacefully fulfilling the affairs of life (deen). A muslim originally is a natural conscious mindset that surrenders to sound reason, logic and peace irrespective of circumstances. If our affair of life is not organised systematically and peacefully we are not qualified to fit into the definition of Muslim irrespective of how devotedly we are following the rituals of respective religious sect. Peace and Soundness of conscious mind is Islam. A Muslim cannot do anything which is unsound, unethical and unreasonable.
www.ahleaqal.com 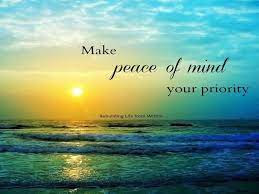