What is reality of istkhara in Islam?

What does Quran says about it?


The Arabic word Istikhara is from the root ‘khayr’ خير meaning goodness and it is form X verb which means seeking / investigating for that which is good. Although the word istekharah is not found in the book Quran nevertheless it is commonly to refer verse 2:153 in favor of “prayers of istekharah”

2:153 - O you who have believed, seek help through patience and salah. Indeed, Allah is with the patient.
So, whenever we need to decide on an important issue, we must ask our own system of consciousness [Allah] for His help to guide us to the right choice. We must do this by patiently connecting (salat) with our own script [Al-Kitab] and asking our consciousness [Rabbana] for guidance to show us the choice that which will be good for us. Furthermore we should not forget the word istekharah [استخارة] means to investigate and look for good and righteousness.

Note: Salah is not ritual prayer. By offering ritual prayer you will get nothing except placebo effect. You are not dictating Allah through ritual prayers to show you a vision or through a dream what is good for you nevertheless you are fooling your own self.

QURAN AND KITAB ARE NOT SAME


QURAN AND KITAB ARE NOT SAME; QURAN IS THE PART OF AL-KITAB.

By the Book that makes things clear,

And verily, it is in the ummul-kitab, in Our Presence, high, full of wisdom.


Indeed, it is a noble Qur'an

THE ORIGINAL QUR'AN IS NOT IN WRITTEN FORM:

And even if We had sent down to you, a written scripture on a page and they touched it with their hands, the disbelievers would say, "This is not but obvious magic."

Rather, it is the [Qur'an] distinct signs [preserved] within the breasts of those who have been given knowledge. And none reject Our signs except the wrongdoers.

The Qura'n is preserved in the heart / mind / psyche of those who are bestowed with knowledge.

FOR THOSE WHO THINK THAT AL-QURAN MEANS A BOOK OF ALLAH CONSISTING 114 CHAPTERS, THEN HOW WILL THEY JUSTIFY THE FOLLOWING VERSES WHICH THE BOOK QURAN CLAIMS TO HAVE ALL THE NECESSARY EXAMPLES?

17:89-And We have certainly diversified for the people in this Qur'an from every [kind] of example, but most of the people refused [anything] except disbelief.,

18:54-And We have certainly diversified in this Qur'an for the people from every [kind of] example; but man has ever been, most of anything, [prone to] dispute.

30:58- And We have certainly presented to the people in this Qur'an from every [kind of] example. But, [O Muhammad], if you should bring them a sign, the disbelievers will surely say, "You [believers] are but falsifiers."

39:27-And We have certainly presented for the people in this Qur'an from every [kind of] example - that they might remember. – Traditional translation

Any sane person who is not affected by the religious brainwashing will say that this "Quran" of 114 chapters does not contain all the examples which are necessary for living a peaceful life and even the language in which it is written is not fit for comprehension. Important issues like how to establish work, how to prevent bloodshed or how to coexist with nature, rights of all living beings and remedies for diseases like fever, cold, blood pressure, diabetes, hypertension, psychological problems and many other basic problems are not addressed in the book of 114 chapters. Then how this 114 chapter book claims to contain all the examples, still we disbelieve or dispute and confidently assert that this book has all the models / examples / patterns to live a peaceful life.

56:80 - A Revelation from the Rabb of the knowledgeable.


It’s a clear sentence which means, its instructions can only be understood by those who are pure in thoughts or whose learning cups are empty / clean and pure.

31:27 And if whatever trees upon the earth were pens and the sea [was ink], replenished thereafter by seven [more] seas, the words of Allah would not be exhausted. Indeed, Allah is exalted in Might and Wise. Traditional translations

It is a fact, that the entire universe and beyond are manifested words [kalimat] or signs (ayaats) for those who want to use their intelligence as it is embedded in the mind of humans. Only those who think deeply are able to unfold the mysteries of those signs (ayaats) in any form of expression (Al-Qur'an). If we take Qur'an as human's mental expression only then the above ayaats that state that Qur'an has everything, will make sense. Only then we can accept that everything is contained in the expression (Al-Qur'an) of human mind which is a product of intense thought and precise part of Al-Kitab - "Qur'an" is in a correctional book (Ummul Al-Kitab) which is within us, Exalted in Wisdom 43:4. Ummul-Kitab is the corrective book is with Rabb 13:39. A book which corrects is called Ummul-Kitab.

One more example: If we assume the meaning of Qur'an as plain reading or reciting, it does not make sense, if we translate Qur'an and replace word reading in place of the word Qur'an. It will appear like this “read the reading” in the following verses:

17:45 - And when you recite the Qur'an, We put between you and those who do not believe in the Hereafter a concealed partition.

Critics or researchers keep on blaming the old language of the book Quran, its poor interpretation / translation or its logical or illogical message without letting the inherent Teacher Rehman speak to them in their own language.

The book Qur'an never said its readers to learn Arabic language. It just instructed that Rehman is the teacher of the Qur'an but the reader assumed it as 114 chapter book.

Quran is a settled expression in us which speaks to us through Rasul (inner voice) in our own language.

Even the Shaitan speaks to us in our own language. There are many good and bad thoughts / senses which speaks to us and the combination of those dialogues is termed as Quran in the context of the book Qur'an.

And it can never be this Al-Quran [the expression] that it be remitted / flagged / abated from weaker [Duni] system of consciousness [Allah], and but confirmation (of) what (is) within his power / sources / hands / ability, and brief explanation of the script [Al-Kitab], no doubt / suspicion in it, (it is) from the Knowledgeable Consciousness.

THE BOOK QURAN IS NOT FOR ENTIRE MANKIND


THE BOOK QURAN IS NOT FOR ENTIRE MANKIND

The general belief that 114 chapter physical book recognized as Quran is for entire mankind is a wrong concept and this is the main cause for all conflicts and divisions among the followers of this book..


The fact is the book Quran is never meant for mankind neither it is for Arabs. It is for those who understands its contents or message otherwise it is just a liturgical book used for religious rituals on the basis of respective beliefs.


Not understanding those subjects does not mean that you cannot live life without those books. Man is the best creature of Nature, it has bestowed on mankind abundant capacity to think and adapt to situations and take decisions which no other creature possess that quality in comparison to him. It is an insult to man’s high level of intellect that he has to depend for routine guidance from books which he does not understand whereas other creatures with inferior intellect than him can operate their lives without any book.


Learn to think independently is one of the main teaching of the book Quran and ironically we are depending on that book which teaches us to use our own common sense. We are picking quick ready-made references from the translations of the book Quran without knowing its basic details. We often think information is knowledge. We like to debate on the basis of that chosen information, the purpose is not to unlearn or learn but to belittle and mock others.

THE PURPOSE OF SALAT


THE PURPOSE OF SALAT IN BRIEF:

3) If we continuously communicate / connect [salat] with our Kitab we will remain righteous and will never forget our soul/nafs – [2:40-45]

4) Indeed the process of communicating/connecting [salat] with our own script [Al-Kitab] is difficult except for the khasheen [without ego] – [2:45]

5) The process of salat should remain continuous lasting [70:23] - salatihimda-imoona is salat without break.

6) Avoid passionate / volatile thoughts, as it breaks the process of establishing / installing the communication / connection [salat] and doing re-conciliatory work can restore your lost salat and help us enter Jannah [19:59-60]. Salat is the bridge to Al-Jannah [the hidden Garden of knowledge]. 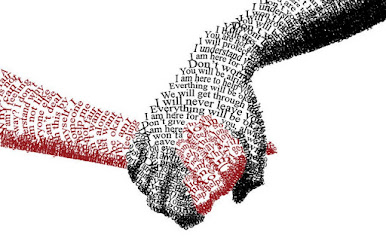