Linguistically the word Eid عيد means to return or come back. The basic meaning of عيد الفطر - Eid al Fitr is to come back to its original nature. Shahr Ramadan according to my understanding is the 9th evolutionary period of man's life cycle when through Al-Quran, the guidance, criterion are compiled and settled in agitated minds [Al-Naas]. Please see my article on Ramadan for further clarification. Eid al-Fitr in Arabic عيد الفطر‎‎ is traditionally a "festival of breaking of the fast" - it is an important religious festival ignorantly celebrated by traditional Muslims worldwide that marks the end of "Month of Ramadan", the Islamic holy month of "fasting" (saum). In fact the fever of Ramadan or siyaam never ends for a mutaqi or a deep thinker, it is manifested 24x7 throughout the dark phases; Ramadan must manifest 24x7 throughout the dark phases of one’s lifetime.

The religious Eid is a ritual. It is the first day in the month of Shawwal during which Muslims are not permitted to fast. The holiday celebrates the conclusion of the 29 or 30 days of dawn-to-sunset fasting during the entire "month of Ramadan". The day of Eid, therefore, falls on the first day of the month of Shawwal. The date for the start of any lunar Hijri month varies based on the observation of new moon by local religious authorities, so the exact day of celebration varies by locality. Note Eidul Fitr is a part of Islamic culture it is not mentioned in the book Quran although it is an important extension in understanding the significance of Islamic philosophy.

Shawwāl (Arabic: شوّال‎‎) is traditionally the tenth month of the lunar Islamic calendar. The lexical terms Shawwāl means 'lifting or carrying'; so named because a female camel raises her tail as a sign that she has conceived and is ready to deliver the baby.

According to my understanding the evolutionary period of Shawwal manifest the signs of carrying responsibility and is ready to deliver [Al-Quran] which is conceived by the womb of knowledge by an individual through the nourishing / educating mental faculty called Rahman (55:1-2). The manifestation period of Ramadan is the compiling and settling download of the Quran. Although this information is not in the book Quran but it is important to know its basic significance as this evolutionary phases plays an important role for growth in every man's life and we cannot deny its theological significance though in distorted shape believed by the majority of Muslims.

Whatever superficial rituals we celebrate in the name of religion has some deep hidden connotations which we must try to discover - Originally the idea of 12 evolutionary manifestation are phases in man's evolutionary life cycle which one must migrate from one phase to another, that's why it is called HIJRI [migration of self] or التقويم الهجري but later on it was adapted as the Lunar based Islamic calendar. Ideally every calendar must have fixed dates throughout the year as on the basis of that farmer fixed their dates of sowing and harvesting seasons. But if we take this 12 manifestations as evolutionary phases and not as months as there is no need for fix dates as evolution of man can occur in any season provided he is prepared. And this makes sense too.

The basic meaning of Al-Fitr - الفطر is to break, cleave, split -  F -a-T-a-R-a = like the Breaking of milk, emergence of pimples or cleaving of flesh and coming forth of tooth - these reactions are called fatara. Some reaction that incites the activity to take place is a result of chemical reaction recognized as fatara. Thus the word fitrat is also derived from this word, something which happens or emerges naturally but with a cause.

Coming back on the path of natural constitution is termed as Eid al-Fitr in Arabic: عيد الفطر - From the manifestation of Ramadan till the declaration of Hajj are the sacred levels for those who seek knowledge and guidance. The word fatara is usually used for chemical reactions. The beginning of change in man’s nature that occurs due to knowledge and guidance of the revelation of Al-Quran which begins to manifest in man's fitrah and is the cause of internal celebration and happiness. In other words Eid al Fitr is a celebration of Nuzool e Quran on the agitated mind [Al-Naas] upon an individual and not for entire mankind. The word أُنزِلَ in verse 2:185 is 3rd person masculine singular (form IV) passive perfect verb. 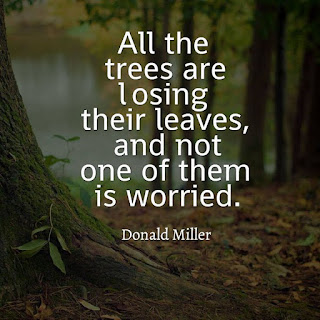