This surah is one of the smallest in the "Quran" with only 3 ayats. It’s a very profound and a serious one that guides us in a very eloquent manner.

The subject of the surah is about the thought which press or pressurize or force us to act. The surah describes a very important and essential aspect of life.The beloved author’s deep concern is reflected when he uses the alphabet waw (و) in the beginning of the surah. Usually traditionalists take the meaning of waw as swearing but in the true sense it is used for emphasizing the importance of the succeeding words.

Here the important word is Al-Asr which comes after waw. The meaning of Al-Asr is that specific thought which force or pressurize us to act in haste. Asr also means something which is squeezed or pressed so as to force out something out of it. For instance juice out of fruits, honey from the hives, extraction of oil from the seeds. Here the context is Man / humane mind and his actions, so Al-Asr here denotes action that is done in haste or urgency for pressing needs. The Man is in pressure to perform because of his thoughts are pressing him and he feels that the time is running out of control. So Al-Asr is basically a thought which force or pressurize man to act hastily. Therefore he is advice to practice patience / restrain [sabr] and do reconciliatory deeds [Aamale saulehat].

Pressing thoughts are correlated with haste. Ben Franklin’s famous dictum, “Take time for all things: great haste makes great waste.”The honorable Author of the Quran is emphasizing on this point that those who are safe and secure are usually those people who do reconciliatory work [Aamale saulehat], instruct one another with facts and practice patience [Sabr]. A humane mind is vulnerable to pressure. The instruction from the book Quran to such minds is to never exercise or work in haste and if it does the man will be in big loss. Only those will succeed who will settle differences by working righteously, re-conciliatory and exercise patience.

So Al-Asr are that thoughts which pressurize or impress one's mind to act quickly. Thus such minds are bound to suffer loses except who believe in self, amend such pressurizing thoughts by making them aware with facts and practicing patience. This is a very precious advice from the noble Quran to all humane minds to avoid haste.

By the pressing needs / time,

Indeed ! The humane mind is at loss

وَ = When we hear the word 'wa', otherwise translated as the conjunction 'and' we tend to think of it as something additional. This is especially true of those who are English-speaking. While the conjunction does serve this function, it also has an explanatory role in classical Arabic as evident in many verses, meaning the grammatical role of 'joining' is not present. 'Wa' becomes essentially a case of 'defining' and 'clarifying'. This point needs to be understood especially in regards to the "Quran", because often times commentaries miss this point and translations almost never capture this reality and one loses out in the subtleties of the Quranic rhetoric.

The following is an example of what is meant by the above 'explanatory' role:

Indeed, there has come to you light and a clear Book from Allah [5:15]

Here actually the و should not be used as conjunction but as defining or clarifying what is nur [light] and that is Kitab Mubin [clear script].

الْعَصْرِ = Pressed it, or squeezed it, so as to force out, as in juice from fruit, honey or extraction of oil from seeds, The pressing or pressurizing thoughts -  genitive masculine noun

تَوَاصَوْا = enjoined, charged, order, commanded one another, with an endeavor to persuade, Wasiyat is one of the derivative of Waas.- 3rd person masculine plural (form VI) perfect verb - subject pronoun

Concern of the Surah:


The overall crux of this surah signifies the value and importance of exercising patience and reconciliation when one is impressed or forced to act by a pressing thought. 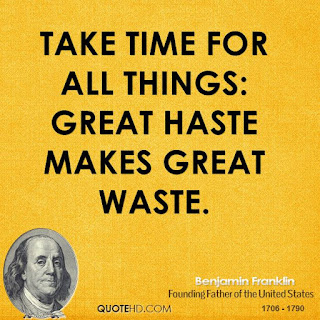