Analyzing the word Ramadan in the context of the book Quran:

Almost all the lexicons that I referred agree that the basic meaning of رمض is related to heat, burning a derivative of word رَمَضَانَ – The earth or the ground became vehemently heated = رمضت الارض – our day became intensely hot = رمض يوما – Ramiz رمض - said of a man, he had his feet burnt or affected by heat of the sun – رمضت عينه – his eyes became hot, so that it almost burned – according to TA his inside became vehemently hot due to fasting [Fr, K], hot by reason of intense thirst [Fr, TA] – cultivation of land [L,TA] – رمضت من الامر = I was distressed and disquiet by the reason of things or affair, I grieved for it – ارتمض signifies he was distressed or disquieted by reason of such a thing – ترميض  [S,A,K] – signifies causing to burnt by heat or giving pain due to tardiness -رمض الغنم – he pastured the sheep or goat on the vehemently heated ground – kindled the fire upon the stones / hot ashes for the purpose of cooking the flesh = رمض اللحم – Making the blade knife or blade sharp by beating it between two smooth stone = رمض الموصى = beat the razor between two stones that it may become thin or sharp – الترمض = heaving of soul or being agitated by the tendency of vomit = غشيان النفس  - رمضة = process of rubbing / friction…

Although a good lexicon enter all the possible entries so it is obvious that they will also include the popular meaning of Ramadan رَمَضَانَ that is 9th month of Islamic calendar. It will not make sense if we don't interpret the word Ramadan according to its root meaning. The word Shahru cannot be categorized as month as it is in nominative case; this means it has to show some state or condition that justifies the downloading of the Quran. No one can achieve the masterpiece of knowledge by just fasting from dawn to dusk. Thinking logically and persistently is the only criteria to receive right knowledge.

But if the common sense prevails upon us anyone can ask the question what a month has to do with the revelation of Al-Quran / Al-Furqan and Hidaya? If we have to understand any word we cannot understand it in isolation; it has to be placed in proper context for comprehensive understanding.

The word Ramadan is actually in accusative case but Arabic Corpus shows it as genitive case only to justify their preconceived concept that Shahru means the month of Ramadan. The actual objective of Ramadan is to sharpen the intellect, give pain to the brain or pass through the tough times. We cannot achieve anything without the touch of abrasion or heat. Kindle or ignition of knowledge occurs due to the tedious process of sharpening of intellect done between the grinding stones of grief and the intense desire to come out of that grief and anxiety. In such situation the Quran is revealed or downloaded to those agitated minds that are ready to witness / experience it.

Those who are stuck up with popular meanings or so called established meanings will never be able to understand this as they are deeply attached to the tradition of feasting; fasting, praying and keeping themselves busy for Eid shopping. They will never look for other optional meanings that give more sense to the message, only because they have unflinching faith in their rituals and scholars. No intention to offend anyone. Salam / Peace 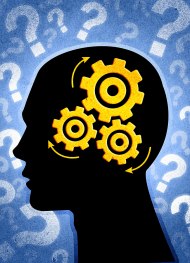 HEADING OF THE CHAPTERS OF THE BOOK QURAN


HEADING OF THE SURAHS GENERALLY KNOWN AS CHAPTERS OF THE BOOK QURAN:

I have observed that the name or title of the surahs of the book Quran have a very deep connection with the rest of the theme or understanding the message of the chapters. The title of the surah provides a very valuable cue in understanding the topic of the entire chapter. Ironically our translators have made a mockery of the magnificent book Quran by belittling the well connected titles / headings of each surahs into insignificant value by disconnecting it with the rest of the chapter's main message. And more matter of concern is that the simple readers approve this type of method without finding it absurd or illogical.


It is very sad that I have to criticize such popular translators for breaking up the relationship between the heading and the subject of the surah / chapter. For example surah 112 of the book Quran is named as surah Ikhlaas or surah Tawhid but the translators have not made any efforts to explain why it is named as Ikhlaas or Tawhid when the entire surah does not mention the occurrence of word Ikhlaas or Tawhid in its contents. They failed to make logical connection or a reasonable context between only 4 verses of this small surah.


The reason for vaguely naming some surahs as The Cow, The Women, Table Spread, The Cattle, The Rock, The Cave, The Thunder, The Ants, The Star, The Moon, The Iron, The Spider, The Bee, The City, The Fig, The Palm Fiber, The Light etc is that they themselves have not understood the essence of it with the rest of the topic, and that's why they don't have any logical explanation. The entire translation would be treated as bogus and illogical if the translator cannot able to establish a sensible link between the headings of the chapters with the topic of the subject of the surah.


We are compelled to believe by the theologians in a headless body as a complete body thus discarding our reasoning abilities at the altar of religion. I would always wonder why there is no link between the name of the chapter and the topic of the chapter. To fool the simple readers the translators would cleverly mention that as the name of the title appeared in so and so verse of the chapter that's why it is named as 'etcetera, etcetera' or 'so and so. I would say they were not foolish but dishonest with the explanation of the noble Quran. They very cunningly escaped or shunned the responsibility after a very uncomfortable long explanations or manipulation by writing Allah Knows the Best in the last line of their exegesis.


One of the very important chapters of the book Quran is Surah An Noor - 24 - meaning The Light or The Enlightenment. When we study the chapter of Light to seek some enlightenment from it the following nonsense we get from the traditionalist point of view which I am mentioning below.  We don't find any iota of light or enlightenment in it. The entire chapter is incorrectly filled with nonsense with no enlightenment to readers. The basic theme of this surah according to the traditionalist translators is concerning punishment for unlawful sex and false accusation of unlawful sex [verse 2-10] - in the verse [11 to 26] hypocrite are warned for concocting false stories against believing men and women. In verse [27 to 34] taking permission to enter in houses, women are instructed to guard their modesty, cover their head and not to show their private parts except to the particular list of relatives described in 24:31 ..... plus treatment to slaves and not forcing the maid servants into prostitution is also discussed ... In verse 24:35 -  Allah is define in an allegorical fashion which is hard to understand, then again some absurd instruction to raise the house of Allah and celebrate in it continuous in verse 24:36 - this absurdity continuous by boasting  Heaven and Earth belongs to Allah, everything praises Allah and the deeds of unbelievers are like mirage in the sandy desert...then this chapter which I supposed must have enlightenment ended without serving any Light to my soul. The chapter 24 - The Light contains just 64 verses but my head began to ache when I finished this small surah. I was eagerly searching for the light but in spite of my best efforts I could not find even a small ray of Light in the chapter. This is the not only the condition of Surah An-Noor but with all the chapters of the book Quran.


I am worried how a common reader will be attracted to this awesome book of knowledge when our translators fail to produce reasonable translation that forms a continuous logical context in a sequence manner which makes sense with the heading of the chapter..


Readers please think honestly; is it not nonsense that the title or name of the surah has no relation with the entire chapter or topic? 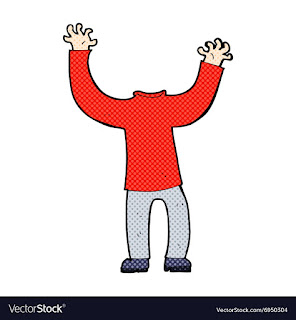