WHY ARE WE UNABLE TO UNDERSTAND THE QURAN?


WHY ARE WE UNABLE TO UNDERSTAND THE QURAN?

Let us try to evaluate the reasons behind our difficulty in understanding any subject or particularly ‘The book Quran’.

A nervous or an agitated mind always avoids doing things which it finds difficult to understand or handle. It immediately sends signals to the heart to search for some easy and quick solutions/options, in order to end the difficult situation or crisis it is facing due to its indecisive state. Nobody wants to burden their own selves and remain continuously in an indecisive state of mind. Everybody yearn for quick, simple and easy solutions so as to end their misery no matter if the solution achieved is right or wrong. The heart comfortably accepts the signal of the agitated mind to look for easy and quick options. It is the nature of the agitated mind to accept quick and easy available remedies as it wants to come out of the wavering situation and relax immediately.

The heart does not like to put any extra pressure on the mind to think on its own, it only seeks a reconfirmation which it feels that it is already aware of, thus making way for easy and ready-made solutions from outside sources. In spite of the fact that the almighty mind has the potential to think deep and develop reasonable solutions independently, it surrenders to the continuous whisper / feelings of the impatient heart/ soul and consensus of the majority.

Finally the impatient heart/soul entraps itself into a vicious circle by succumbing to easy solutions in the form of guides, ready-made references, preconceived notions, copying, imitating and many other outside resources thus ignoring the all powerful reasonable mind to do the thinking. A lot of beliefs are instilled by default that comes from our parents and their parents, it is a vicious cycle. It is the tendency of mind to try to find easy and ready-made solutions without taxing itself. We tend to have strong opinions about something that we have never experienced or researched or verified. We can view something in a certain way simply because our great-grandfather did, and no one wants to break that cycle.

The all important inherent sensible faculties are totally ignored in lieu of outside sensory organs or influences. External influences or sensory organs can only bring information but to translate that information into knowledge and wisdom is the work of the inherent sensible faculties. Superficiality or popular notions are foolishly accepted as research material in lieu of deep or thorough thought provoking processes. We usually behave as if the adopted beliefs or information are products of our own deep thinking.

The ‘dictator’ heart compels the knowledgeable mind to take decisions on the basis of outside information. The heart considers the outside information as the ultimate knowledge and compels the all powerful mind to accept its findings without giving any chance to the knowledgeable mind to think on its own. This easily available solution gradually becomes the base of our belief system. But the heart does not find peace in it. It only fools the mind to accept it on the basis of strong emotions.

Whenever we are going through a new concept/idea/information/knowledge from any book the first step is to understand the theme and purpose of that book. We need to note down the consistent appearing words which I call key words. By knowing the meanings of keywords we can deduce the overall concept of the book. In this process of self study you will get to know what is clear to you and what is not. It is really a basic way of mastering things. And some of the best minds in the world use this method knowingly or unknowingly. Make sure you understand the concepts first before you explain / translate or interpret to others.

The tragedy with the noble book Quran is that no space is given to understand its original message on its own strength or on the basis of common sense. There are huge ready-made guidelines in the form of guides, lexicons, canonical meanings, grammar books, “exegesis of holy personalities and scholars” are available easily. An irrational phobia is created around the book Quran by the theologians that it is very difficult to understand its nuances without the aid of the scholarship material from various sciences and academics. An artificial effect is created around the book Quran that no one can grasp its true essence without the help of elders, teachers, gurus or supplementary book thus closing the doors of the independent research.

Now the interested readers of the book Quran have only four options to choose from,

2) Understand the Quran with the help of ready-made guides

4) Or do your own research independently by learning the basics of the original language.

It is very convenient for people to adopt the first three solutions; as the fourth solution is time consuming, difficult and it requires use of common sense which is a rare commodity.

WHY IS IT DIFFICULT TO UNDERSTAND OTHERS POINT OF VIEW?

(1) Ego/pride (2) Mental block / Narrow mindedness (3) Superiority as well as inferiority complex (4) Delusion & illusion of knowledge (5) Stigma from society (6) Influenced by popular notions/orators/suave writers (7) Sentimental and emotional attachment with their own beliefs (8) High or low self esteem (9) Underestimating the power of our own common sense (10) People usually listen to argue / debate, not to understand (11) We mock what we don't understand (12) Don't want to come out or content with traditional perspective.

IS IT IMPORTANT/ NECESSARY FOR A MUSLIM TO UNDERSTAND THE BOOK QURAN?

Muslim means one who experiences peace and soundness within himself. Islam was a inward journey earlier but now it is spreading only outwardly. Islam, salam and Muslim share common root word and i.e S-L-M س ل م – Quran is the book of Peace or soundness [Islam] however extremely distorted by theologians. If you are not attaining Peace / soundness from the Book of Peace [Quran] then there is something wrong in your understanding and you cannot blame the book Quran for that. In spite of reading / understanding the the book Quran, if you are not experiencing peace or you are not peaceful then you are not a Muslim. There are many people who experience peace, share peace and are peaceful without knowing the book Quran, they can also be called or recognized as Muslims. If our own cup of peace is full then only we can share peace with others but unfortunately we don't have peace in our own lives and we are trying to impose peace [Islam] on others.

The fact is that it is impossible for every single person in the world to become sufficiently well versed in Arabic language and know the message of the book Quran; what is the best solution for addressing such dilemma?

My answer is that: the book Quran never said to its readers to learn Arabic language and follow the book Quran. It has always emphasized on using our own intellect (aqal) and not to follow anything blindly. We should ponder on these important verses [55:1-2] [75:16-20]. Why does the Noble Quran say that Rehman is your teacher? If we patiently use our intellectual faculties for achieving peace and soundness then there is no need for any extra book for day to day guidances or intense research relating to study of book Quran. The Teacher Rehman appears when we are ready. For more detail read my article on Kitab, Quran and Arabic.

THE QURAN WAS NEVER MEANT TO BE SPOON-FED

It was never the intent of the book Quran to instruct or impose on mankind on every single religious or irreligious topic, but rather its main purpose is to serve the cognitive mind and bring peace to it. When our consciousness is at peace everything will be at peace; that is the only purpose of the teaching of the book Quran.

The book Quran does not specifically authorize any “Divine Book” or “Divine personality” or “Divine Language” or Divine rules to be followed by anyone. As a matter of fact for a keen observer each and everything is Divine.

The Quran only encourages individuals to think rationally and independently according to their own capacity on the words revealed specifically to them through their own inherent script [Al-Kitab] or understanding; and subsequently reach his / her own, sometimes rather unique conclusions, on any subject which satisfies or bring peace to his own mind.

It is not possible for any soul to believe except by the permission of Allah, and He throws filth on those who do not use their common sense [Aqal]. [10:100]

We have certainly sent down to you a script in which is your memory. Then will you not reason [Aqal]? [21:10]

And he had already led astray from among you much of creation, so did you not use reason [Aqal]? [36:62] 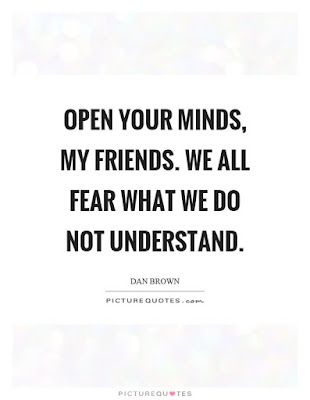 HOW THE CULT MOHAMMEDANISM WAS CREATED?


HOW THE CULT MOHAMMEDANISM WAS CREATED?

Although not much is known about the Ummayad period [41 AH - 133 AH] however I believe Abd al- Malik [66 AH - 86 AH] did a commendable job by spreading the vital slogan of Islam [There is no ilah except Allah, Mohammed is a rasul of Allah] - He was an Arab and his mother tongue was Arabic, he and his comrades very well knew what they were spreading. He very well knew what the Islamic ideology is and what the book of Islam [Quran] was all about. He printed / engraved 'La ilaha illallah Muhammadur Rasulullah' on the coins, arches and the domes, he knew what he was doing. He and his contemporaries knew Mohammedun is not a name of a person, they knew Allah is not a name of a deity and they very well knew what the actual connotation of Rasul is in the context of the book Quran.

But his main contemporary adversaries [Jews, Christians, Zoroastrians and Pagans] could also sense the future impact of this effective slogan 'La ilaha illallah Muhammadur Rasulullah' will have on their respective ideologies. Thus all the history related to Ummayad period was systematically wiped out by the conquerors. A series of mass assassinations of learned Arabs were carried out. A parallel literature [Hadith] was created to counter the book of Islam [Quran] and this marvelous slogan 'La ilaha illallah Muhammadur Rasulullah' – This is why we don’t see the true essence of Islam and the book Quran but we see the baptized version of Islam. We must also understand that Mohammed bin Abdullah [PBUH] of history is a different person than Mohammed ur Rasul Allah of the book Quran. Mohammedanism is a cult built on the stories of personalities whereas the ideology of Islam does not promote any personalities or place. Remember the origin of Islam is a extension of original Jewish Christian philosophy but not the current Jewish Christian religion.
PEACE / SALAM 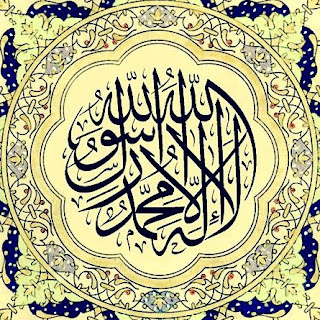