THE ESSENCE OF LIFE IS GOD

THE ESSENCE OF LIFE IS GOD. There is nothing except God. The entire Universe is the mirror effect of God or the manifestation of God so that we know / realize His Power (QADEER) - 65:12.

Wherever we see is God, It is His Face / Countenance (28:88, 55:27). In the Quranic language He is term as ZAHIRU, this means very few people with tremendous empathy can actually see or feel His Presence. There is no such place where we cannot see Him but in the life of a believer His Presence is All Encompassing (WASIUN). A believer can feel / witness / experience His presence in his heart.

He is manifested in the entire canvas of our life only if we realize it. The entire narration of the book Quran is for Him لَهُ & He هُوَ - The entire book Quran discusses the relation of Rabb with Man’s agitated mind (An-Naas). The personal Rabb is called رَبِّي (my rabb), Rabb of like minded people is called رَبُّنَا (our rabb) and  رَبِّ الْعَالَمِينَ is Fountainhead of all the Knowledge.

One of His attributes is also Al-BATIN (57:3) because there are many who cannot see Him, they cannot feel His Presence or are not aware of His ZAHIRU (57:3) aspect, for them He is Unfathomable as He is Covered / Concealed / Immanent (Al-BATIN). A sense which requires development is also called BATIN, that is not yet developed to perceive what is Hidden.

No-one has Evolved Him because He Himself is the Evolver (KHALIQ), He is the foremost (AWAL) – 57:3,

God at individual level is called AHAD because He is NOT DIVIDABLE; GOD at COSMIC level is called WAHID (ONE) because wahid is a cardinal number so هُوَ and can be Dividable into any AHADUN (UNITS) -112:1 – the true essence of the interpretation of AHADUN,

Allah is also called Al-JAAMI (3:9) because He can Accumulate / Gather / Assemble Himself

The parable that the Malaikah becoming humble (sajda) to the existence of Adam and Satan not becoming humble to Adam, is that because Satan failed recognizes the God or the Spirit of God in Adam.

The Fitrah (natural process of evolution) of God (فِطْرَةَ اللَّهِ) which He has evolved upon it the agitated minds [An-Naas] but most of the An-Naas will never know - 30:30.

The purpose of evolution of the entire Universe is to know His Power – He is intrinsic part of us and we need to know / connect with Him through Zikr (remembrance) and Salat (process of connection) so that we can resurrect Him in our life and shun Satan from our life.

When I say God it does not mean "Sky God" of Religion but the system of our Life or the System of our consciousness. 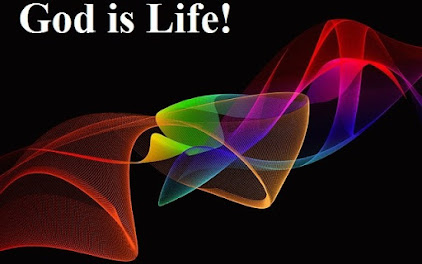