WHAT IS RASUL & NABI IN THE CONTEXT OF THE BOOK QURAN AND THE VERSE 3:81?

3:81 - Behold! Allah took the covenant of the prophets, saying: "I give you a Book and Wisdom; then comes to you a messenger, confirming what is with you; do ye believe in him and render him help." Allah said: "Do ye agree, and take this my Covenant as binding on you?" They said: "We agree." He said: "Then bear witness, and I am with you among the witnesses. (Esq. Abdullah Yusuf Ali)

3:81 - GOD took a covenant from the prophets, saying, "I will give you the scripture and wisdom. Afterwards, a messenger will come to confirm all existing scriptures. You shall believe in him and support him." He said, "Do you agree with this, and pledge to fulfill this covenant?" They said, "We agree." He said, "You have thus borne witness, and I bear witness along with you." (Esq. Rashad Khalifa)

3:81 - And [recall, O People of the Scripture], when Allah took the covenant of the prophets, [saying], "Whatever I give you of the Scripture and wisdom and then there comes to you a messenger confirming what is with you, you [must] believe in him and support him." [Allah] said, "Have you acknowledged and taken upon that My commitment?" They said, "We have acknowledged it." He said, "Then bear witness, and I am with you among the witnesses." (M/S Sahih International)

3:81 - And when the system of consciousness [Allah] took hold unbreakable bond of all the self acquired informations [al-nabiyeen] "Whatever I gave/brought you from a script [kitab] and wisdom then a Rasul [calm and sedate voice / sign, message] betided you as a confirmation for what is with you, have trust with it and you will continuously help him/it." He said: "Did you affirm / certify and you took hold upon; that is My restriction / My boundary / My limit?" They [Al-Nabiyeen] said: "We affirm / certify." He [Allah] said: "So witness/testify and I am with you amid the witnessing / testifying"  (ahleaqal)

COMMON UNDERSTANDING OF VERSE 3:81 AMONG THE READERS.

What people generally conceive from the interpretation of 3:81 is that Allah [anthropomorphic image of God] took the promise or commitment from all the prophets [chosen holy people from Middle East, Nuh to Mohammed] even before they are born that whatever I give from the book [Quran] and wisdom [Hadith] and then comes to you a messenger [Since Allah has already taken the Oath from Nuh to Mohammed, who is this new messenger going to come after them is not clear ?] confirming what is with you, you must believe in him and support him [what is with us is not clear],, then Allah said, "Have you acknowledged and taken upon that My commitment?" They [all prophets including Mohammed] said, "We have acknowledged it." He said, "Then bear witness, and I am with you among the witnesses." -
The traditional perception of this verse also charges traditional Allah of Nepotism because he has selected the chosen few even before their inception as hallowed human being.

The verse 3:81 are often quoted by the followers of those who think or claim that after Mohammed bin Abdullah their mentor or leader or spiritual guide is the Rasul and according to them this verse confirms that.

My Take on this is that Mohammedun Rasul of the book Quran is not a Nabi in the context of the entire Quran, generally interpreted as prophet in English. Nowhere in the entire Quran Mohammed is specifically mentioned by name as a Nabi. In 3:81 the word Rasul mentioned is for Mohammedun Rasullah who was/is present with every Nabi. And without the Nabiyeen [prophets] believing, supporting him / it and seeking the acknowledgment / stamp of approval or confirmation from Mohammed [Rasul] no Nabi can fulfill his job without firm bonding with Rasul who is Khaatama Nabiyeen. This also proves that the status of commonsense [Rasul – voice of Allah] is more crucial than the job all the nabiyeen. That’s the reason the book Quran often give emphasis on obedience to Allah is obedience to Rasul and continuous obedience to Rasul is obedience to Allah (3:132) (4:80) - Note Rasul is not a human being but Voice of Allah.

The meaning of Nabi is derived from word Naba. Some of the basic meanings of نبا Naba and its derivatives are – he uttered a low voice or sound, he cried, acquainted, informed, knowledge, intelligence, news, narrative, story, conspicuous, evident, clear way, exalted, elevated…From the majority of meanings it suggest that the word Naba relate to some information, news, knowledge. When the letter ى is suffixed to the word نبا it becomes my prophet. The word Nabi نَبِيٍّ means my knowledge, my information, my news or in colloquial Arabic it means my prophet. In this sense the term Nabi نَبِيٍّ means our self acquired knowledge. From Nuh to Isa ibn Maryam are stages of our self acquired knowledge or information.

The meaning of Rasul -  The root word is رسل - r-si-l -The basic meaning is - he became easy in pace, became lank not crisp, pendent - means that what hangs down like hair or descend, r-s-l signifies bringing a message - ترسيل - easy utterance, without haste, reading in leisurely manner, was grave, staid, sedate or calm and endeavor to understand, speak without raising his voice...We cannot ignore the overall meaning while understanding any word.

After taking into consideration all the meanings of word Rasul and its derivatives I came to the conclusion that the word rasul connotes an organism which continuously hangs or descend upon us emitting signs or messages or speaks in an easy, calm and low sound - And in Quranic context the Rasul in you, with you and from you.
Finally according to Arabic classical lexicons plus the context of the entire Quran, rasuls are described as inner voices that are 24x7 hanging [like hair] on our head or beard, speaking without raising voices, uttering articulate / real messages with ease and without haste, in calm and sedate manner. Thus I conclude the word Rasul signifies voice of Allah which continuously speaks to us.

Explanation of 3:81 - If the prophets are human personalities born and living in different time zones then how can we understand the above scenario of Allah giving book and taking oath from all the prophets that a messenger will come to confirm what is with them [Al-Nabiyeen] and that they must help him [Rasul]. The nabiyeen is Nuh to Isa according to 33:7, Mohammed is excluded because he is Rasul not a Nabi. How will the Nabiyeen acknowledge that they will help him [Rasul] and Allah is witness to the pact. This is only possible if all the characters, i.e nabiyeen, Allah, Rasul and shaitaan are present in our lower consciousness [فِي الْأَرْضِ] - otherwise it is impossible to understand this verse from the traditional point of view.

The voice of Mohammedun Rasul Allah or common sense [the voice of Allah] is lying dormant in majority of us, we just need to install the process of connection [أَقِمِ الصَّلاَةَ] in order to regain the reducing / diminishing of the clarity [لِدُلُوكِ الشَّمْسِ] till the darkness of anxiety persist and the dawn of breakthrough examined collectively and is always witnessed.  that’s why we cannot attain the status of Maqame Mahmood (17:78-79) –
Mohammedur Rasul Allah is the final inherent voice of approval because he is the stamp of approval for all our personal information [Nabiyeen] - the inherent sense Mohammed carefully studies with the knowledge of our Consciousness [Rabb] all our inherent thought process or inner conversation or self inspired information [Al-Nabiyeen] and orders it to implement it into action –

One more information; in the entire book Quran Mohammed is mentioned as Rasul but never as a Nabi. We need to understand the connotations of Rasul and Nabi in the Quranic sense and not in the light of Hadith. According to Hadith literature Mohammed bin Abdullah [PBUH] was the father of Zayed ibn Harithah [adopted son]. Again Zayedun in Quran 33:37 is also not a proper noun.
The problem with us is that we are treating the book al-Quran as the history book of Mohammed bin Abdullah [PBUH], his companions [R.A] and tales of Jewish and Christians prophets suppose to have born in the region of Middle East. No name mentioned in the entire Quran is proper noun of a person or place. They are characteristics, adjectives, status, state or positions.

33:7 - And when We took their unbreakable bond from all the self acquired informations [al-nabiyeen] and from you and from Noah and Abraham and Moses and Jesus, the son of Mary; and We took from them a unbreakable bond. [ahleaqal]

42:51 - And it is not for any internal sense that the system of consciousness continuously communicate / express Itself except by mental stimulation or from hidden fire of eagerness or that It sends a rasul to stimulate, with It's permission, what It desires. Indeed, It is Most High and Wise. (ahleaqal)

بَشَرٌ - The basic meaning of bashar according to classical Arabic is change in complexion by the annunciation of an event. The complexion or the face of the skin changes due to the response of the internal sensors, it exposes to views, The word bashar is related to which is between flesh and skin. That's why it is why the word bashar is generally translated as human being. Mubashrati مُبَشِّرَاتٍ bearer of tidings, مُسْتَبْشِرَةٌ rejoicing at good news, In 74:29 لِلْبَشَرِ is translated as skin,  بُشْرَىٰ is good news so according to rule of root word languages the word Bashar cannot be translated as man or human being.

Mohammed un Rasul is mentioned by name in 33:40, we will see what it is?

The inherent sense of everyone that approves or finalize all self acquired information [Al-Nabiyeen] is Mohammedun – He is not a part of any procreation process, neither he is from your self sustaining mechanism. Mohammed is an inherent sense in all of us but very few people can activate and make use of it – Usually people depends upon other voices of approvals to take the final decisions or approvals – Because to approve something one has to gain right knowledge and that is very difficult, so the job of mohammedun is not easy. As we know common sense is not common. I recognize Mohammedun as common sense which works along with our consciousness but very few of us use it. Only if we have Mohammed in us we can receive Quran in our own language, which will be a guide and criterion [Furqan] to the agitated mind.

The word Rijaal رِجَالٌ  signifies self sustaining dynamics which works independently on in its own strength and capacity, capacity of mind to carry its on burden. The status of Mohammed is that he is the signature of authority / approval [Khatama] over all the self acquired information [Al-Nabiyeen] but he does not perform the work of the Nabi, he is just a Rasul who does not supply, collects / gathers, nourishes, rears, warns or acts like a father / procreator or as other Rasuls [inherent messengers] do. Mohammed [the inherent sense] only approves / finalize / stamps all self acquired information [Al-Nabiyeen] after deeply studying them and then commands to perform the action. The Rasul works with Allah [system of consciousness] - Verse 33:40 and verse 3:81 explains the work of Mohammedun the rasul.

It is difficult to sink in as it is an unconventional line of thinking but purely based on the Classical Arabic Lexicons, Grammar and the context of the book Quran - Please ignore if it is too difficult too digest...

My intention is not to offend anyone. But truth must prevail. 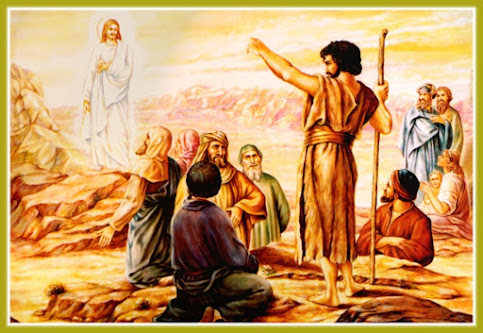