PREPOSITIONS IN THE QURAN.

HOW THE TRANSLATORS ARE PLAYING WITH PREPOSITIONS WHILE TRANSLATING THE BOOK QURAN?

A preposition is a word—and almost always a very small, very common word—that shows direction (to in "a letter to you"), location (at in "at the door"), or time (by in "by noon"), or that introduces an object (of in "a basket of apples"). Prepositions are typically followed by an object, which can be a noun (noon), a noun phrase (the door), or a pronoun (you).


In Arabic a preposition (حَرْفُ الْجَرِّ- called /harf ul ĵarr) is a single letter or a word which connects two nouns, or a verb and a noun to form a sentence. As above this is generally showing the position of one word to another. It always precedes a word and never follows the word. A preposition always comes before a noun and it does not come before a verb.

For example – 1) فِي الْأَرْضِ  is usually translated or perceived as ON THE EARTH. The manipulation of the preposition happens due to a parallel story running in our mind that Adam was installed / made as a KHALIFA ON EARTH – 2:30 and if we translate فِي as IN THE EARTH it won’t make any sense to English knowing audience or those who think the word الْأَرْضِ signifies EARTH. The reason for manipulating the preposition is that most of the translators think الْأَرْضِ in the context of the Quran means THE EARTH so it is hard for them to translate  فِي as [IN] in English. Most of the translators of the book Quran are from subcontinent of India so they translate Quran in English but through their lens of Urdu language. The Author of the Book Quran knows that there is a Arabic word for ON [ عَلَى ] and the Author used the word for ON too in the book Quran so why they translate فِي الْأَرْضِ  as عَلَى الْأَرْضِ [18:7], this only because the translators have failed to understand the meaning of related word in the theme and context of the book Quran.

Example 2) فِي النَّاسِ in 6:122 and 22:27 – In these verses the preposition فِي  is manipulated as ‘AMONG’ and ‘TO’ – This is done to fit in their preconceived notion that AN-NAAS means men, mankind or people.

Example 3) هَاجَرُوا فِي اللَّهِ in verse 16:41 – The simple honest translation would be those MIGRATED IN ALLAH –

But the translators added the word ‘CAUSE’ / ‘PATH’ to the sentence to make sense to their preconceived idea of Allah as GOD / DIETY. They could not conceive how one can migrate IN ALLAH as the interpreters are unaware about the real essence of the term Allah in the context and theme of the book Quran. So finally هَاجَرُوا فِي اللَّهِ is conveniently translated as MIGRATED IN THE PATH / CAUSE OF ALLAH.

Example 4)  أَرْسَلْنَا فِيكُمْ رَسُولًا 2:151 – Here again the phrase فِيكُمْ is translated as among you because many among us are not aware of the crux of word Rasul in the context and theme of the book Quran. We relate the mentioned word Rasul with the honorable figure of Mohammed bin Abdullah, therefore IN YOU [فِيكُمْ] becomes ‘AMONG YOU’ [بَيْنِكُمْ] [5:106] and nobody dares to question it.

Here the poor preposition مِنْ whose actual meaning is ‘FROM’ but adjusted to become ‘AMONG THEMSELVES’ because it was difficult to digest the Quranic concept that Rasul is FROM OUR NAFS / SELF / PSYCHE.

The ongoing background Hadith narration of Mecca / Madina events pertaining to historical figure Mohammed bin Abdullah are regularly playing in our minds and that hinders our thinking process to translate the book Quran on the merits of its actual context, connotations and language.

So translators are playing with the words of the book Quran according to what suits their understanding of the message. There is no rule, only whims and fancies. 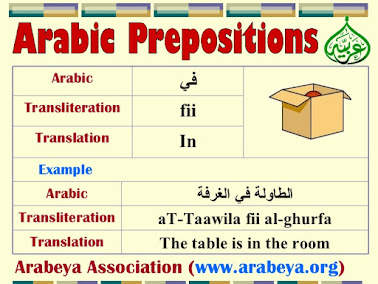