Mohammed bin Abdullah (PBUH) promoted Agnosticism.  It was a new form of concept which promotes questioning and doubting everything. The basic intention was to believe in self rather than relying on others or some external super natural forces. Relying on others or doubting our inner potentials is considered as Shirk, the greatest sin in Islam. The entire book Quran highlights the phrase obey Allah and obey Rasul but unfortunately we look for them outside us whereas as they are living part of our soul. It is clearly mentioned in the Quran that Allah and Rasul are inside us but we are busy searching them in Mosques and Graves.

Mohammed bin Abdullah (PBUH) gave the world a stunning slogan "There is no ilah (God/god) but the system of consciousness (Allah), Common Sense (Mohammed) is the voice of Allah." But unfortunately we have given Allah and His Rasul anthropomorphic image thus the daring efforts of Mohammed bin Abdullah to wipe out religion and imaginary God from the Peninsula of Arabia has gone wasted.

Mohammed bin Abdullah never promoted organized religion or its God, neither he preached permanent moral values. His only agenda was to free Arabia from all kind of superstitions and promote free thinking as he knew that religions were blocking the use of free speech and free thinking. If he was preaching permanent moral values nobody would stand against him because all religions have same permanent moral values. To openly speak against the Gods of Pagans, Jews and Christians was a severe act of blasphemy which Mohammed very openly preached and that's the reason why he has to faced so much persecution. It was a fight between rational thinking and blind following. Many Many Salutation to that man who proclaimed La ilah ilal la mohammadu rasul Allah and gave new life to the people of Arabia. 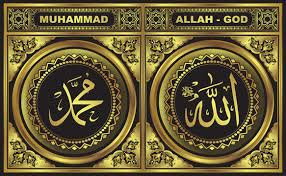