We cannot understand any ancient foreign language on the basis of faith, belief or assumptions. If we are really interested in knowing the truth we need to look / search into various lexicons of that language in order to know the right essence of vocabularies used to describe a particular narrative. Many of us are earnestly sincere to know the truth but unfortunately we believe / trust / rely on ready-made translations as the ultimate source of truth and that is enough / sufficient for them to come to conclusions.

The message of the book Quran or Islam is not about flying angels or archangels like some fairy tales or holy personalities performing miracles in the name God. Quran is the magnum opus instructional book for self / nafs. Every words or terms of the book Quran must relate or direct us to self development, self healing and guidance to self. The book Quran emphasis time and again that if we want peace, security and tranquility we need to search inside; searching outside is ascribing partner to God which is shirk in Quranic parlance.

According to Wikipedia the term Gabriel or Jibraeel can be found in many ancient languages of the world. "Gabriel (/ˈɡeɪbriəl/; Hebrew: גַּבְרִיאֵל‎, lit. 'Gavri'el "God is my strength"', Ancient Greek: Γαβριήλ, lit.'Gabriel', Coptic: Ⲅⲁⲃⲣⲓⲏⲗ, Aramaic: ܓܒܪܝܝܠ‎, Arabic: جبريل, Jibrīl or جبرائيل Jibrāʾīl, Amharic: ገብርኤል), in the Abrahamic religions, is an archangel. He was first described in the Hebrew Bible and was subsequently adopted by other traditions" -

As you have seen it, the above term Gabriel or Jibrāʾīl is older than the religion Islam. In religion Islam جبرائيل /Jibrāʾīl is a chief of Malaikah [faculty firmly rooted in mind - page 3023 EWL] who carries the revelation from Allah [system of consciousness]. As we know from the book Quran that Allah is inside us - 2:186, 50:16 so one who makes an effort to seek knowledge, Jibrāʾīl appears in him as an assistant to help to decode what he / she is earnestly seeking.

The Arabic word Jibrāʾīl is a compound of two words (1) جبر and (2) ايل - the word Jibreel appeared 3 times in the entire Quran. First we must know the overall essence of the meaning of J-B-R by analyzing the root word of Jibreel. The basic meaning is to reduce from fractured state, restoration, recovered, repaired to sound / good / right state - Algebra - علم الجبر is one of the derivative of J-B-R and is in the the same family of words that include word جبريل / Jibrāʾīl -  second the word ايل is a name of the God; originally it is Hebrew or Syriac word but later it is Arabicized according to Ibn-El-Kelbee [died 204 AH]. He says that جبرائيل and مِيكَالَ are similar to عبد الله and عَبْدُ الرَّحْمَن - the word ايل signifies servant according to Ajams but it signifies name of the God according to majority of people.

According to my understanding in Quranic context Jibrāʾīl is the authority inside us that solves / restores the hidden knowledge or unknown factor x through deduction  and calculation as done in Algebra.


Say, "Whoever is an enemy for Gabriel [faculty of mind which solves the unknown (x) factor - Algebra shares the same root word as Jibraeel] -Then indeed he who has brought it down upon your heart / mind / intellect, with call of Allah [system of consciousness], assuring the truth that which distinct within its power / authority and a guidance and sensibility for those who are safe / secure."


Whoever is an enemy to Allah and His Malaikah and His messengers and Gabriel and Michael [source of intelligence]- then indeed, Allah is an enemy for those who camouflage / conceal / ignorant.

And We have certainly revealed towards you clear / distinct signs, and no one would disguise / hide them except the defiantly disobedient.


JUST FOR THE PURPOSE OF EXPLANATION:

In modern terminology Allah is the System of Consciousness or an Internet that delivers provides different services to the electronic device. We are electronic devices that need tools and applications like data storage, servers, databases, networking, and software. I consider Quran as the book of instruction that direct / guide our internal mechanism to operate correctly.

Malaikah [authority to balance], Rasuls [inherent developers], Nabis [inherent self inspired programmers], Jibraeel [decoder], Mikhaeel [provide intelligence] and Kitab [programming language and script] are those tools and applications which drives the mechanism of human machine. If we are hostile or become enemies to these applications we ceased to remain human beings. The word Mutaqi signifies one who take precaution and are thoughtful, diligent, careful in operating these applications.


I want to keep this article very simple,brief and digestible for the readers as the subject is unconventional and require deliberation. I do not wish to touch other verses and make the article lengthy or more complex. 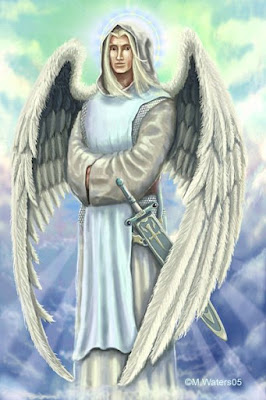