WHY IT IS IMPORTANT TO HAVE TRUST OR FIRM BELIEF ?

Whenever I come across the word 'believe' in the traditional translation of the book Quran, another word would automatically pop up in my mind and that word is 'blind'. I was allergic to the word believe as I always thought that this word is interconnected with some essence of blindness in it. My biggest weakness is that I could not accept anything blindly. I never understood this word in the context of the book Quran. I wonder why the book Quran emphasize its reader to think, ponder, use reason, intellect and at the same time also emphasizes its reader to believe, that too in the unseen or imagine beyond the range of mental  perception [بِالْغَيْبِ]. Believing in the gayab [unseen] was unimaginable for me. That time I was unable to figure out why the book Quran gave so much importance to the word 'BELIEVE' or 'FIRM BELIEVE'.

The basic meaning of the word أمن aman is to feel secure or safe, tranquility in heart and mind, free from fear and trust. When this word comes in form iv verb āmana (ءَامَنَ) it carries the sense of transformation that doubles the intensity of the meaning from security / safety to that of continuous believing in self, trusting self, having firm faith in self. The word āmana and its derivatives have occurred 537 times as form iv verb. It is not possible to have complete soundness, security, safety without the safety and security of health, wealth and soundness of mind. When understanding the phrase يَا أَيُّهَا الَّذِينَ آمَنُوا  one must understand that it is only addressed to those who are safe, secure and sound in all the aspect of life. One cannot be a true or firm believer [Momin . aaminoo] only on the virtue of lip service, rituals or dress code.

The book Quran calls Allah as Momin (59:23) because this word possess without an iota of deficiency in its meaning. Provider of tranquility, peace with safety and security cannot be incomplete in any respect. This word has a highest sense of accountability, responsibility and obedience embedded in its meaning. Any Tom, Dick and Harry cannot call himself momin only on the basis of performing superficial rituals or adorning customary dress code. Momin is a title very difficult to sustain and when the author of the book Quran addresses someone as aamino that means that individuals must comply all the attributes of Momin in all respect. In worldly sense the fact is any person who is not financially, mentally or physically healthy or sound cannot experience or feel real safety and security; thus he cannot be recognized as Momin. To seek knowledge one must be sound in basic aspect of life. An empty stomach is not good for seeking knowledge. Food, clothing and shelter are basic need for every individual and their immediate dependent. If one need to seek knowledge one must fulfill these basic responsibility to become safe and secure [Momin] or firm believer.
In the context of the book Quran the momin is one who understands / recognizes and believes with his Allah, Rasuls, Kitabs, Malaikah and yaumul aakhirah - 4:136 - Here the Quran is not talking about things which we have not seen or experienced

The complete theme of the book Quran can only be understood by using strong imagination  or mental perception and in traditional jargon it is called unseen [بِالْغَيْبِ]. Note the book Quran does not discuss any physical characters as majority among us believe. The book Quran never propagates its reader to believe something which they cannot able to witness or experience / feel or imagine through their insight or senses.


Generally people can't understand the crux of the message of the book Quran because they have not seen or witnessed its phenomenon themselves. They relate the message of the book Quran to doubtful histories narrated by their forefathers and on that basis they revere / idolize or hate those characters. Those characters are used by the respected author just as illustrations for better perception of the subject but the masses treat them as their real heroes or villains. They don't understand that those characters are just personified in order to make the message book Quran more vibrant..

All the characters of the book Quran are illustrations that exist in our thought / self or as an idea but not having any physical existence [بِالْغَيْبِ]. If we conceive the intended meanings of those characters we can find their concrete existence in our own self [nafs] or thoughts. The main subject of the book Quran is Allah / Rabb, Shaitaan / Iblees, Malaikah, Nabi / Rasul, Pharaoh, Jannah and Jahannum. These words are very important but to understand these words we need to have powerful visualization / contemplation / imagination as they come under the ambit of the unseen [بِالْغَيْبِ]. For contemplation or imagination one need to first secure himself and his immediate dependent, then only he can proceed further in the search of unseen knowledge. Becoming Momin is not easy, it is the highest quality and one of the attribute of Allah.

The first step of any learning process is to believe. For any child the first step is to trust and feel secure then believes his/her parents and teachers in order to learn further. As you grow the next step is inquiry, investigation, analyse, study, scrutiny and research. The last and final step is to believe in self. When the teacher Quran addresses the believers it means those who believe in their self. If we want to understand any subject the first step is to feel safe and secure from basic needs of life then only one can venture out to study the depth of signs and symbols [ayaats] of universe or self. Why believing is necessary in the context of the book Quran because it deals with abstract [bil-gayab] elements that needs powerful insight. When you believe / accept or entertain some unknown phenomena it opens the door to advance investigation. If we out rightly reject something we are closing the door of investigation. For advance research first we need to strongly believe in our own idea / theory then only we can entertain pertaining to that thoughts in which we wish to research more. Research cannot happen in empty stomach and faith or happiness rarely keeps company with an empty stomach. A Momin is one who strongly feels safe and secure in every aspect of life.

To study the book Quran we need to first have faith / trust in Allah, Shaitaan, Malaikah, Rasul, Nabi, Pharaoh, Jannah and Jahannum. All these entities come under the ambit of bil-gayab [unseen]. When we believe in these unseen entities we open the door to investigate it further. If we want to know deeply the terminology of the book Quran we need to have understanding of those abstract terms.


These unseen abstract entities encompasses the entire message of the book Quran and to ignore it or limit its understanding to just canonical prattle is severe injustice to the message and the author of the noble book Quran. The impeccable message of the book Quran lays in the decoding of these unseen abstract entities, without deciphering these important terms of the Quranic text no one can perceive the crux of the message. By believing blindly in these sensational entities we would be just getting superficial glimpse of the actual message. 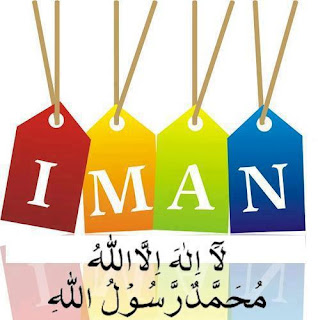