We all talk a lot about Law of God [قانون الله], we think God has given us some list of Laws through a book which we all have to follow but ironically the Arabic word Qanoon [قانون] which means law is not found in the entire book Quran. Same laws cannot be imposed on diverse communities, it can be changed or modified according to the circumstances. There can never be any fixed laws for entire mankind. The concept of fixed laws gives birth to the attitude of bigotry and prejudice.

When “Muslims” talk about sunnah the general sense is that they are talking about the “verbally transmitted records” of the teachings, deeds and sayings, silent permissions (or disapproval) of the Rev. Mohammed bin Abdullah [PBUH] of Arabia. These transmitted records were later recognized as Hadith or Sunnah of Rev. Mohammed [PBUH] and they are considered as law by the majority of "Muslims".

In the pre-Islamic period, the word sunnah was used with the meaning "manner of acting", whether good or bad. During the early Islamic period, the term came to refer to any good precedent set by the tribal traditions which was immutable. Early schools of Islamic jurisprudence also had a more flexible definition of Sunnah than was used later, that being "acceptable norms" or "custom". After the term al-sunnah was canonized it eventually came to be viewed as synonymous with the sunnah [path, a way, Arabian lifestyle] of Rev. Muhammad [PBUH].

Abū ʿAbdullāh Muhammad ibn Idrīs al-Shāfiʿī (150-204 AH), popularly known as Imam al-Shafi'i, emphasized that the hadith of Muhammad is the final authority and that even the Qur'an was "to be interpreted in the light of traditions (i.e. hadith), and not vice versa." While the sunnah / hadith has often been called "second to the Quran", but it has also been said to "rule over and interpret the Quran". Imam Al-Shafi'i "forcefully argued" that the sunnah / hadith stands "on equal footing with the Quran.

ETYMOLOGY OF THE WORD SUNNAH:

Sunnah سنة ˈsunna, plural سنن sunan ˈsunan is an Arabic word that basically means something that is fixed, pierced, thrust, mounted upon it… In colloquial Arabic أسنان [asnaan] means teeth due to its fixed structure. Sunnah and asnaan share the same root word س ن -

THE WORD SUNNAH OF ALLAH IN THE CONTEXT OF THE BOOK QURAN:

The word “Sunnah” and its derivatives appear 21 times in the book Qur’an, but there is no specific mention of sunnat al-rasool (sunna of the messenger) or sunnat al-nabi or sunna al-nabawiyyah (sunna of the prophets).

The phrase “Sunnah of Allah” [سُنَّةَ اللَّهِ] appears eight times in five verses [33:38, 33:62, 35:43, 40:85, 48:23] of the book Quran, but many learned people who claim to have the knowledge of the book Quran are surprised when they are asked about sunnah of Allah, they behave as if they are hearing these words for the first time. They are aware of the words like sunnat al-rasool (sunna of the messenger) or sunnat al-nabi or sunna al-nabawiyyah (sunna of the prophets) but they have never heard about the phrase sunnat of Allah [سُنَّتَ اللَّهِ] although these phrases are present in the Quran.

WHY THEOLOGIANS & THE MASSES IGNORE THE PHRASE SUNNAH OF ALLAH:

The position / status of Allah is not of an ilah [the one which we serve or adore / deity] except / but He, the Ever-Living, the Eternal.

The book Quran clearly states that Allah is not an ilah [god]; the one we serve, adore as if it is an object of worship. The word Allahu is a nominative case which signifies that the character of Allah is described that He is not an object of worship.
4:80 - مَّنْ يُطِعِ الرَّسُولَ فَقَدْ أَطَاعَ اللّهَ وَمَن تَوَلَّى فَمَا أَرْسَلْنَاكَ عَلَيْهِمْ حَفِيظًا

Who obeys the rasul, so he obeyed Allah, and who turned away, so We did not descended you upon them them as a protector.
When the verse says obeying rasul is obeying Allah people become curious to know the details of Mohammed bin Abdullah and they refer books of Hadiths compiled and written by Imams of those times. This way the message got totally distorted and the followers of the book Quran assumed that the vibrant word Al-Rasul is used for Rev. Mohammed bin Abdullah (PBUH) and the word Allah is used for somebody Invisible, Mighty, Creator, Master, Owner, Controller Lord of the Universe.
Nobody want to discuss the Sunnah of Allah because he was fashioned by the scholars beyond comprehension and discussion. Everybody was/is interested in knowing the sunnah /  mannerism of Mohammed bin Abdullah of history rather than understanding the phrase Mohammedur - rasul Allah (مُحَمَّدٌ رَسُولُ اللَّهِ) of the book Quran -
The fact is the book Quran is about understanding the psyche / Nafs of Allah or Nafsi Wahidah and through its many attributes of that Nafs but the tragedy is that we are being forcefully and systematically controlled not to think about these all important term. Without knowing the Nafs of Allah we cannot understand the psyche / nafs of man (30:30). The message of this wonderful book Quran becomes futile due to misunderstanding of a very important term Allah of the book Quran. A very vital term Allah is simply ignored because of the rigid mindset molded by the pseudo scholars of religion Islam.
QURAN DESCRIBES ALLAH AS NAFS / SELF:
لاَّ يَتَّخِذِ الْمُؤْمِنُونَ الْكَافِرِينَ أَوْلِيَاءَ مِن دُوْنِ الْمُؤْمِنِينَ وَمَن يَفْعَلْ ذَلِكَ فَلَيْسَ مِنَ اللّهِ فِي شَيْءٍ إِلاَّ أَن تَتَّقُواْ مِنْهُمْ تُقَاةً وَيُحَذِّرُكُمُ اللّهُ نَفْسَهُ وَإِلَى اللّهِ الْمَصِيرُ

Comprehend the sense of term Allah through understanding the word Nafs. The Quran has used many times the word Nafs for Allah

"And I have manufactured/produce you for Myself لِنَفْسِي – (20:41) - Here the book Quran says Musa was made for Allah's Nafs.

The relation of Allah within the context of the book Quran with every human being is very important. Performing various rituals to maintain this important relationship with Allah is foolishness, foolhardy and primitive. 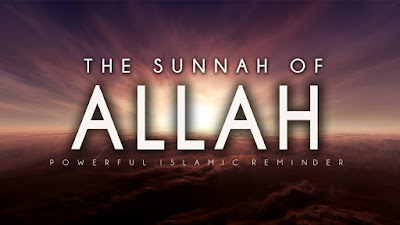