It is widely known statement among Muslims that Salat is Meraj المعراج (ascension) of Momin (believer). The derogatory form of Salat is the popular ritual called Namaz in Indian subcontinent. Salat is a tool of connection which brings the true believer close to his actual Self. Salat is the communication between us and our inherent script (al-kitab) which is not an easy task.

2:45 - وَاسْتَعِينُواْ بِالصَّبْرِ وَالصَّلاَةِ وَإِنَّهَا لَكَبِيرَةٌ إِلاَّ عَلَى الْخَاشِعِينَ
2:45 - Seek help in patience and salat; and truly it is hard save for the humble-minded,
Salat helps us to know ourselves provided we purify (tazkiya nafs) ourselves first. Zakat is purification of soul and not 2.5% annual charity. Salat is not a worship to a deity called Allah as usually believed by the devotees of Traditional Arab Religion.
THE QURANIC SALAT UPLIFTS YOU MENTALLY, SPIRITUALLY AND MATERIALISTICALLY WHILE THE RITUAL NAMAZ IS JUST A FUTILE ARABIC PHYSICAL DRILL THAT UPLIFTS NO-ONE. 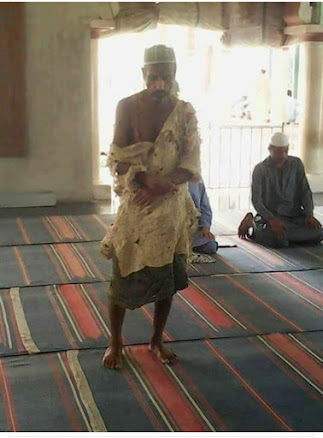