THE THEME OF BOOK QURAN IN SHORT

THE THEME OF BOOK QURAN IN SHORT, AN UNCONVENTIONAL THOUGHT PROCESS OR NEW QURANIC DIMENSION


The important surah 2 is not about Cow or its progeny as generally believed. Al-Baqrah means a specific thought process which awakens the dead senses. But our traditional interpreters have woven a stupid story around the verse [67-73] to portray that a part of the dead cow can bring a dead man back to life thus destroying the value of the potent message and insulting the intellect of the author of the book Quran. This way starting from surah Fateha to surah An-Naas most of the title of the surahs are distorted, which are very important clue to understand the entire surah.


Before trying to understand the book Quran it is important to know the dialogue or the theophanical format of its manuscript. In Quranic context Allah / Rabb is the Consciousness portrayed as the amphitheater, while mind is the lower stage or lower consciousness [al-aradh] in which different actors [thoughts/senses] perform in order to keep the show or the theater alive. As-Samawaat is the higher consciousness from where we get guidance. The important term al-ardh & as-samawaat combine with its derivatives have occurred 461 times and 379 times respectively. Its correct understanding is very important for inferring the entire theme of the book Quran. Confining its meaning to only Earth or Sky or Heaven will take us nowhere.

A real actor is one who follows his inherent script [Al-Kitab] to his best potentials without imitating or copying the role of other actors. Our own thoughts are depicted or personified as protagonists of the play. The entire problem starts when one fails to identify / recognize our own embedded script [Al-Kitab or Kitabil Allah] and the inherent voice of Allah [Rasul Allah]. We often try to emulate / copy other actors as we fail to recognize or follow our own script or inner voice. The act of emulating others is term as shirk in Quranic parlance that is mixing or adulterating our original role with roles of others. Everyone has their own unique role to play; adapting others role is the biggest injustice to the self. The entire narration of the book Quran is internal conversation that exists in our embedded script but we cannot see [bil-gayab]. The script [Al-Kitab] does not mention any physical entity however the character of the book Quran are personified or illustrated by the help of examples / parables (مَثَلًا) and with deductions (الْقَصَصُ) so that any layman can also understand its essence easily. But unfortunately in the minds of simple readers it appears that the characters and the supernatural narratives are real; thanks to the backup stories provided the Biblical and Islamic history.

The characters from Nuh to Mohammed are names which have meanings, applications and functions that were taught to Adam for operating machine called Mankind.

The author of the book uses 1st, 2nd and 3rd person to narrate this enchanting philosophy. The entire 'Kingdom of God' is inside us; the readers are requested to keep this in mind while studying this magnificent book. 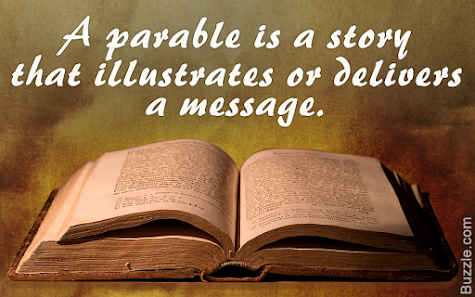