It is a state of immunity/freedom/protection from Allah [our system of consciousness] and His Rasul [low inherent voices that emits information in the form of signs] towards / against those who caused to charged / commands you from Al-Mushrikeen [impure thoughts].
[Taubah is the process to return back to the system of consciousness [Allah]. The word Taubah signifies the freedom or breaking away or distancing away from the alliance of bad addiction or from our impure thoughts (Al-Mushrikeen) and never to return to the old thoughts or habit - we all have bad habits / desire or impure thoughts and they command us because we are in connivance with them so they order us to do things against our system of consciousness / Allah thereby destroying our peace of mind] - Taubah in the given context also means that we are given clean chit or our acquittal / freedom / declaration immunity from Allah and Rasul for our efforts to cleanup our impure thoughts (Al-Mushrikeen) from our system].
The basic meaning of عَاهَدتُّم - caused to charge you, ordered you, commanded or enjoined you as it is a form III perfect verb. Refer 2:125, 36:60

And when you are in the state of listening Allah and His Rasul for the sake of the agitated mind [an-naas] its a moment of great course of reparation [Al-Hajj] [22:27] that the system of consciousness is in the state of immunity from Al-Mushrikeen [impure thoughts] and its Rasul [inner voice that instigate]. So if you return then it is good for you. And if you took over then know that you have last chance to change the system of consciousness and give sensibility to those who are cover in falsehood along with painful chastisement.
[The great change of course occurs when we are in the state of listening Allah and His / its Rasul, the reparation of our thought process starts, this journey / pilgrimage  to repair / amend is called Hajj, where we get freedom from impure thoughts (Al-Mushrikeen) & its Rasul (the inner voice that instigate) - Note in the verse Allah and His/Its Rasul اللّهِ وَرَسُولِهِ is mentioned with the Mushrikeen and his/its Rasul الْمُشْرِكِينَ وَرَسُولُهُ - the only difference is one is genitive case and the other is nominative case.]
الْحَجِّ - A journey to repair is in the agitated mind, refer 22:27

Except those you command from the Al-Mushrikeen (impure thoughts), then they did not reduce / decrease you in any desire, and they may not in any case became apparent against you, so they are free / finish from deficiency towards them, charge / command them till their limit / duration. Indeed Allah loves / likes the one who is cautious / thoughtful.
[Impure thoughts will always remain in you but now they are under your command. They cannot decrease or reduce your status and they cannot stand against you as they are free from deficiency because of your thoughtfulness.]

So when the state of sacred manifestation is stripped off / passed / ended, then fight / kill / educate thoroughly the the impure thoughts [Al-Mushrikeen] whenever you find them, and take them and restrict / restrain them and remain watchful for them (in) every stratagem, then if they returned, then establish / hold the process of connection and brought forth the mental development / purification, then separate / penetrate their way / path. Indeed the system of consciousness (is) protecting, merciful.

[Sometimes corrupt, adulterated or impure thoughts appear to us as sacred manifestation but when we realize that they are harmful we must immediately fight, kill or must thoroughly educate them, whenever we find them. We must be very watchful at every moment of our future planning that no mushrikeen [impure thoughts] can able to enter our system.]

And if any from the mushrikeen [impure thoughts] try to divert your course then decline / divert it, until they hears / understands Allah's speech / conversation / words, then deliver him / make it reach its safety / security, that (is) because they are an assembly [of impure thoughts] that do not know.
قَوْمٌ - Nominative masculine indefinite noun - this word is translated as community or people and generally related with various religious community, thanks to evolution of language into MSA and Urdu. The true essence of this word can be understood through its different derivatives such as  قَامُ [stand still], قَامُوا [they stand], أَقِيمُوا [they establish, install], اسْتَقَامُوا [they are upright], أَقْوَمُ [more upright], قَوَّامِينَ [steadfast, hold up], الْقِيَامَةِ [The resurrection], مَقَامِ [standing place], قَائِمًا [standing] مُقِيمٍ [resident] - التقويم is calendar - The essence of word قَوْمٌ in the context of the Quran is what is fixed / permanent or standing at one place but working or functioning. Edward William Lane Lexicon gave an example of a pulley which is fixed on the wall of the well but do its working / function of withdrawing water without moving from its place. Therefore قَوْمٌ are that assembly of thoughts which are fixed in man's mind but works / funstions without leaving its place. If we translate قَوْمٌ as people or community we lose the true essence of its connotation. The people or community move from one place to other for doing various errands so قَوْمٌ in the context of the book Quran can never mean people or community.
9:7 - كَيْفَ يَكُونُ لِلْمُشْرِكِينَ عَهْدٌ عِندَ اللّهِ وَعِندَ رَسُولِهِ إِلاَّ الَّذِينَ عَاهَدتُّمْ عِندَ الْمَسْجِدِ الْحَرَامِ فَمَا اسْتَقَامُواْ لَكُمْ فَاسْتَقِيمُواْ لَهُمْ إِنَّ اللّهَ يُحِبُّ الْمُتَّقِينَ

How can there be for the mushrikeen [impure thoughts] a pact with the system of consciousness and with His Rasul, except with those whom you have made a pact in the enshrined state of humbleness [ الْمَسْجِدِ الْحَرَامِ ], so what if they became firm for you, then become firm for them. Indeed the system of consciousness loves / likes the one who is cautions / take precaution / diligent / thoughtful.
Allah and Rasul can never be in pact with  mushrikeen (impure thoughts) but the problem is we don't understand the essence of Allah and His Rasul and Mushrikeen. It can be only pact with Masjid e Haram but unfortunately we think Masjid e Haram is in Mecca. Masjid e Haram is our ego-less state of mind our temple [A vital part between ear and eye - مقتل]. When we achieve the state of Masjid e Haram; shaitaan, iblees, kafir or mushrik cannot enter this place,(9:28) that's why there is no fighting and killing in that state because it is state of real enlightenment. Masjid e Haram is our humble ego-less mind, a place where Allah and His Rasul resides.

How, and if they are in the state to overpowering upon you, they do not just wait / watch in you by giving assurances and nor are they faultfinder. They please / satisfy you with their utterances and their hearts / minds refuse / hate, and most of them are debauchers [lower in character].
Impure thoughts [al-mushrik] are generally appealing to you because they create false hope or assurances in you, they don't just tarry in you, neither have they had the ability to find faults. They hate the truth / facts because they possess low character.
9:9 - اشْتَرَوْاْ بِآيَاتِ اللّهِ ثَمَنًا قَلِيلاً فَصَدُّواْ عَن سَبِيلِهِ إِنَّهُمْ سَاءَ مَا كَانُواْ يَعْمَلُونَ

They barter with the signs of system of consciousness a very little value, so they turn away concerning His way / path. Indeed they truly are bad/evil/harmful what they were continuously making / doing.
The thought processes of impure thoughts are very harmful because they consider the signs of the system of consciousness [Allah] of little value, that's why they turn away from it.
9:10 - لاَ يَرْقُبُونَ فِي مُؤْمِنٍ إِلاًّ وَلاَ ذِمَّةً وَأُوْلَـئِكَ هُمُ الْمُعْتَدُونَ
They do not just wait / watch / tarry in a believer giving assurances and nor they are faultfinder, and they are those who possess injurious / tyrannical conduct.
The character of impure thoughts is such that they don't just lie down dormant, they are always active by giving you false assurances and their conduct is really dangerous. We need to kill them quickly whenever they enter our thought process.
11 - فَإِن تَابُواْ وَأَقَامُواْ الصَّلاَةَ وَآتَوُاْ الزَّكَاةَ فَإِخْوَانُكُمْ فِي الدِّينِ وَنُفَصِّلُ الْآيَاتِ لِقَوْمٍ يَعْلَمُونَ
So if they turned back [in repentance] and install / establish the connection process and develop the mental growth, so they are your faculty / part in the contribution / accountability, and We detail/explain the signs for/to assembly of thoughts [قَوْمٌ ] who are continuously in the process to know.
Turning back, connection and disconnection is the continuous part of mental growth process because it is in the nature of man to know or acquire knowledge. 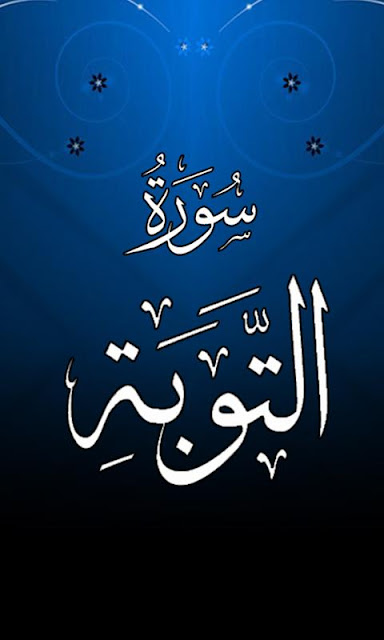