QURAN RESONATE WITH THE OTHER PHILOSOPHIES OF THE WORLD.


THE MESSAGE OF THE BOOK QURAN RESONATES WITH THE OTHER PHILOSOPHIES OF THE WORLD.

According to my meagre knowledge the focuses of all the major ancient philosophies [1500 BC – 100 BC] is mainly on awareness or consciousness or development of self, except in the so called Abrahamic religion. The fact is Quran belongs to “Abrahamic religion” but when I understood it deeply to my utter surprise I found it to be one of the greatest proponent of consciousness, awareness or philosophy of know your own self thus resonating with all the great philosophies of the world.

The first human rights charter ever recorded was by Cyrus the Great [600 – 530 BC]. Known today as the Cyrus Cylinder, this ancient record has now been recognized as the world's first charter of human rights [539 BC]. It is translated into all six official languages of the United Nations and its provisions parallel the first four Articles of the Universal Declaration of Human Rights. So laws or societies are formed by individuals but the pattern keep on changing according to needs and circumstances of the time, however they are not product of 7th century.

The ancient society was intellectually quite matured, to name some few, it gave us critical thinkers like Pythagoras [570 – 497 BC], Hippocrates [460-370 BC] Father of western medicine, Archimedes [287 BC – 212 BC] Founded the sciences of mechanics and hydro-statics, calculated pi precisely. There are many more who all belong to the period of ancient philosophers and thinkers. These chains of thinkers and philosophers in different fields / levels will continue to remain in every era and it will be the part of our future evolutionary process.

The basic need of all the people is to have good food, clothing and shelter; no ancient or modern scripture will guide you how to fulfill our basic needs or how to build societies for our convenience. Building a good society will always based on the experience of trial and error method. We all understand the basic ethics of living a good life but some follow it and some don’t follow it. We all know that honesty is the best policy, work is worship…but when we make the scriptures the book of morals that exclusively monopolizes certain religion or rituals we skip / ignore its greater message of universality and its instruction to use our intellect, better known as common sense. We only read those scriptures for validation / confirmation of our opinions or beliefs.

The unfortunate thing with all the ancient scriptures is their understanding is hijacked and dictated by the religious mafias or certain school of thoughts. Independent understanding of the scripture is a death call. The wrong perception of the contextual words like Allah, Rabb, Rasul, Nabi, Rajul, Nisa, Ummat, Qaum and Millat forces us to think that the book Quran is about God, Men, Women Society or Community building. 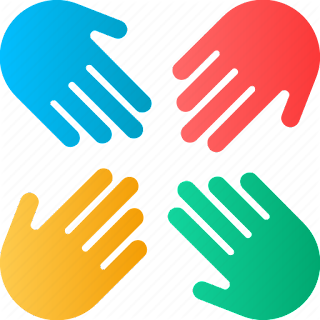