Khaatama al Nabiyeen [خَاتَمَ النَّبِيِّينَ] is a very vast, important, misunderstood, sensitive and contraversial term – I dare to share my view in short – the word kh-ta-ma means seal / sign / stamp – The word khatama does not signify last therefore the phrase Khaatama al Nabiyeen [خَاتَمَ النَّبِيِّينَ] does not mean last prophet but seal of all Nabiyeen.


The word خ ت م means seal, sign or stamp - Khaatama indicates identification an object or represent an idea or relationship, seal of approval, authority to approve. Approving something needs knowledge and Mohammedun is the one who has complete knowledge, one who can endorse or approve after thorough study, it also means an epilogue and stamp / sign of authority – ختم الشهادة means sealing of testimony - ختم القران means completed / retained in memory the entire Quran. ختم البذر means he covered over the sown seed -

The word Khaatama [خَاتَمَ] is active participle (اسم الفاعل) – e.g. – driving, eating, sleeping etc - So the word Mohammedun of the book Quran is a position or status which is participating in sealing / stamping the self acquired information [النَّبِيِّينَ]

Khaatama nabiyeen means one who signs / stamps / finalize all self acquired information [النَّبِيِّينَ] and to do that “Mohammedun” [nominative case] should be present or active, alive because the word Khatim is active participle (اسم الفاعل) – It does not mean last or end of "prophet-hood." The entire verse is in present tense.

AL NABIYEEN [genitive masculine plural noun] used in surah Al-Ahzaab verse 40 is a definite article, because of the additional AL attached to it, which means it is not a common noun but rather it is referring to many specific informations (Al-Nabiyeen). Also study 33:6-7

The word Mohammedun is a nominative masculine indefinite noun (اسم مرفوع) – Mohamadun is not a proper noun….sorry if you searching for Mohammed bin Abdullah the person in Arabia - I am helpless because the noble Quran states so….The tanween at the end of the letter of Mohammedun signifies that it is not a proper noun but an indefinite noun of nominative nature. The hadith literature is totally different and to think that hadith throws complete light on the understanding of the book Quran is a delusional and misunderstanding of highest order. The book Quran must mainly be understood under its own context and format / theme.

The inherent sense of everyone that approves or finalize all self acquired information [Al-Nabiyeen] is Mohammedun – He is not a part of any procreation process, neither he is from your self sustaining mechanism. Mohammed is an inherent sense in all of us but very few people can activate and make use of it – Usually people depends upon other voices of approvals to take the final decisions or approvals – Because to approve something one has to gain right knowledge and that is very difficult, so the job of mohammedun is not easy. As we know common sense is not common. I recognize Mohammedun as common sense which works along with our consciousness but very few of us use it. Only if we have Mohammed in us we can receive Quran in our own language, which will be a guide and criterion [Furqan] to the agitated mind.

The word Rijaal رِجَالٌ  signifies self sustaining dynamics which works independently on in its own strength and capacity, capacity of mind to carry its on burden. The status of Mohammed is that he is the signature of authority / approval [Khatama] over all the self acquired information [Al-Nabiyeen] but he does not perform the work of the Nabi, he is just a Rasul who does not supply, collects / gathers, nourishes, rears, warns or acts like a father / procreator or as other Rasuls [inherent messengers] do. Mohammed [the inherent sense] only approves / finalize / stamps all self acquired information [Al-Nabiyeen] after deeply studying them and then commands to perform the action. The Rasul works with Allah [system of consciousness] - Verse 33:40 and verse 3:81 explains the work of Mohammedun the rasul.

3:81 - And when the system of consciousness [Allah] took all the self acquired information [al-nabiyeen] promise/covenant that what I gave/brought you from a script [kitab] and wisdom then a Rasul] came to you as a confirmation for what is with you, have trust with him/it and you will continuously help him/it. He said: "Did you confess / acknowledge and you took / received upon; that is My restriction / My boundary?" They [Al-Nabiyeen] said: "We confessed / acknowledged." He [Allah] said: "So witness/testify and I am with you from the witnessing/testifying/present."

Explanation of 3:81 - If the prophets are human personalities born and living in different time zones then how can we understand the above scenario of Allah giving book and taking oath from all the prophets that a messenger will come to confirm what is with them [Al-Nabiyeen] and that they must help him [Rasul]. The nabiyeen [only nuh to isa - 33:7, Mohammed is excluded because he is Rasul not a Nabi] acknowledges that they will help him [Rasul] and Allah is witness to the pact. This is only possible if all the characters, i.e nabiyeen, Allah, Rasul and shaitaan are present in our lower consciousness [فِي الْأَرْضِ] - otherwise it is impossible to understand this verse from the traditional point of view.

The voice of Mohammed [the embedded messenger] is lying dormant that’s why we cannot attain the status of Maqame Mahmood (17:79) –

One more information; in the entire book Quran Mohammed is mentioned as Rasul but never as a Nabi. We need to understand the connotations of Rasul and Nabi in the Quranic sense and not in the light of Hadith. According to Hadith literature Mohammed bin Abdullah [PBUH] was the father of Zayed ibn Harithah [adopted son]. Again Zayedun in Quran 33:37 is also not a proper noun.

The problem with us is that we are treating the book al-Quran as the history book of Mohammed bin Abdullah [PBUH] and his companions [R.A] and tales of Jewish and Christians prophets suppose to have born in the region of Middle East. No name mentioned in the entire Quran is proper noun of a person or place. They are characteristics, adjectives, status, state or positions.

It is difficult to sink in as it is unconventional line of thinking - Please ignore if it is too hot to handle...

My intention is not to offend anyone. But the truth should prevail.
Why the traditional interpretation of the following verses show Mohammed in the past tense or absent form when he was "physically present" when the alleged revelation took place?
3:144, 33:40, 47:2, 48:29


THE SEAL OF APPROVAL 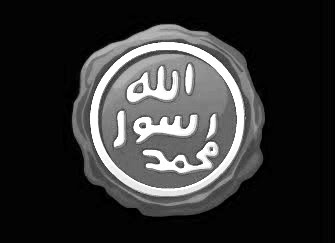